A few months ago, my husband, Steve, did a half-Ironman.

When he signed up for it, I asked him why he was doing it.

“Because it’s hard,” he replied.

That was it — his only reason. Because it was hard.

His answer inspired me, and it got me thinking…about trying, about quitting, and about doing hard things.

Because I realized that most people, including myself at times, shy away from hard things. Mostly we don’t like the way it feels – in our body, in our mind, in our life. It’s all just so uncomfortable, and we want to avoid it at all costs.

But here’s the thing: all of the greatest things in life involve hard work. And if we want big results – if we want great things — we have to be willing to do hard things. There’s no way around it.

A few days before Steve’s half-Ironman, I decided to do my own hard thing. I got up at 5:30 in the morning and ran a half-marathon.

It probably wasn’t the best spur-of-the-moment decision, though I’d always thought about doing one. And while I do run regularly, I hadn’t been training for a half-marathon. But even still, I wanted to see if I could do it.

Because I knew one thing for sure:

I’d never know if I could do it….until I actually did it.

Was it hard? Hell yes. When I was halfway through the race I thought to myself, “This…was a verrrry bad idea.”

But you know what?

And that made the discomfort of running those 13.1 miles totally worth it.

It also made me realize this:

Doing – and achieving – hard things comes down to one thing: being hungry.

Hungry for growth, hungry for change. That hunger you feel when you’ve been out all night with your girlfriends and you order that late-night pizza….that kind of hunger.

You need to tap into that part of you that says, “I will not stop. I will not give up.”

But know this: most of the time, you’re not going to feel like doing the hard work. You’re going to hit a wall and want to quit. But that’s the time to dig deep — and decide to do the work anyway.

To help you through your next wall, try this:

When things get hard, we tend to wish they were easier. But instead of wishing things were easier, wish that you were better, and then keep working to make it so.

It often feels like the discomfort you’re feeling today will last forever, but it won’t. So, try to embrace the uncomfortable feelings until they ease up. (They will, I promise!)

Three hundred years ago, people had to go out and kill their own food and build their own homes to survive. But now? We like to freak out about things that are so not life and death. Make sure you’re not making a big deal out of small beans.

Keep your mind on the big picture when times are hard. What are the results you’re trying to achieve? You’ll be so thankful you didn’t quit once you’ve reached your goal.

At various points in life, things get tough and you need to decide if you’re going to gut it out or give up. It’s your choice if your hard things are going to destroy you or drive you.

I hope you make the choice to do hard things in your life, and to embrace the uncomfortable feelings that come with them. If you work with them and not against them, I think you’ll find that every hard thing you take on will help you grow, will make you brave, and will take you closer and closer to the bold and authentic life you’re striving for. 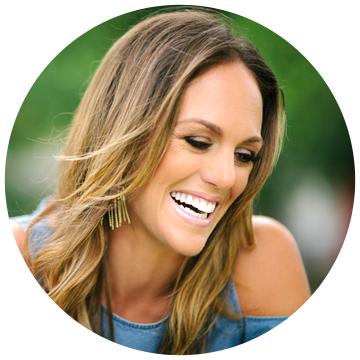